Concert in the Park Fireworks Celebration

Join us for some great summer music at the Portage Concert in the Park Fireworks Celebration.  Bring your lawn chair to Pauquette Park (corner of  Hwy 33 and Pierce Street) and spend an evening listening to great music.   This is our 25th consecutive year of the WCO coming to Portage.
Stay after the concert and enjoy a spectacular fireworks display at dusk over the Wisconsin River.
During the concert you can purchase Pepsi products and ice cream.  You are encouraged to bring your own picnic dinner to the park.


Sarah Lawrence is enjoying a widely varied career. Her rapidly expanding repertoire includes oratorio, operetta, opera and musical theatre. The release of her CD, Sweet Hello, marks her debut as a recording artist.

Sarah’s concert repertoire shows her versatility. She has performed Handel’s Messiah with the symphonies of Omaha, Madison, Cheyenne, and the Apollo Chorus in Chicago’s Orchestra Hall. With Wisconsin’s Peninsula Music Festival she has sung Haydn’s Creation and Bach’s B Minor Mass. Other Haydn performances have included the St. Cecilia Mass with the Rochester Oratorio Society, the Lord Nelson Mass with the North Shore Choral Society, and Paukenmesse with the Sheboygan Symphony. With the Madison Symphony Orchestra she has also performed Bach’s Magnificat and Mozart’s Mass in C Minor. She sang Prokofiev’s The Ugly Duckling and Canteloube’s Chants d’Auvergne with the Milwaukee Symphony Orchestra. She has appeared in pops concerts with the Rockford Symphony Orchestra, the Duluth-Superior Symphony Orchestra and the Southwest Michigan Symphony.

Equally comfortable on the stage, Ms. Lawrence has performed the role of Masha in The Music Shop, Norina in Don Pasquale, Gretel in Hansel & Gretel, Frasquita and Micaela in Carmen, and Anne Page in The Merry Wives of Windsor. She has appeared with Madison Opera, Opera for the Young, Light Opera Oklahoma, Dorian Opera Theatre and Lyric Opera of the North. With Minnesota’s Colder By The Lake, she created the role of Missy in the world premiere of Tyler Kaiser’s Les Uncomfortables, and the role of Pristine in The Phantom of the Norshor. She appeared with Lyric Opera of the North in their production of The Magic Flute as Pamina. A huge fan of Gilbert & Sullivan’s operettas, Sarah has appeared as Rose Maybud in Ruddigore, Angelina in Trial by Jury, Yum-Yum in The Mikado, and Mabel in The Pirates of Penzance.

Ms. Lawrence appeared as Christine Daaé as a member of the Third National Tour of The Phantom of the Opera and in Phantom: The Vegas Spectacular. In recent seasons, she has also appeared as Fiordiligi in Mozart’s Cosi fan tutte with the Peninsula Music Festival, the title role in Lyric Opera of the North’s production of Semele, the soprano soloist in Beethoven’s 9th Symphony with the Duluth-Superior Symphony Orchestra, and as an Equity guest artist with The Duluth Playhouse as Eliza Doolittle in My Fair Lady. The current season includes an appearance with Colder By The Lake in Older By The Lake and a return to the Duluth Playhouse, this time as Lily in The Secret Garden, as well as another turn as Mabel in The Pirates of Penzance as a part of the Tall Ships Festival in Duluth. 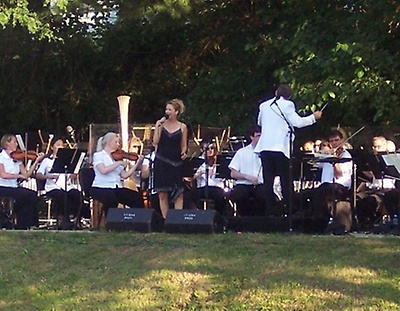 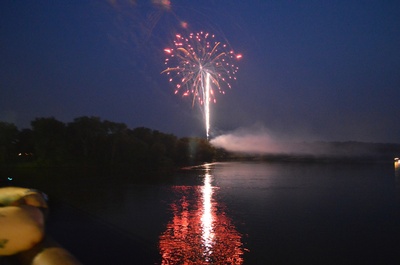 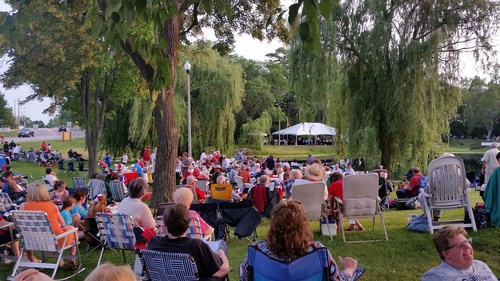 Call the Portage Area Chamber of Commerce at 742-6242 for additional information.
Send Email